Denmar Depoculuk, which was transferred to Artvin / Hopa in 1997 to carry out warehousing, transportation and trading activities within CINER GROUP, began its activities actually in 1998.

Denmar Depoculuk has carried out the transportation of cotton cargo,which was imported from the Turkey of Cenral Asia, to Hopa Port Which is also a part of the Ciner Group, to store it here and ship it by road to processed domestically, and transit or export by sea to varios countries of Europe and the World.

Since 2009, Denmar Warehouse has been carrying out temporary storage and shipment activities by land, sea and rail within the Derince Port enterprise located in Derince Kocaeli.

Eti Soda and Kazan Soda of the raw materials it produces carry out their activities for the storage, packaging and shipment of the Soda Ash and Sodium Bicarbonate from Derince Port.

As Denmar Warehousing has a total silo capacity of 95000 m³ The Company dispatches 2.500.000 tons of soda ash from this port.

The Company makes investment on 300 silo buses to dispatch the products to be transported from Kazan Soda and Eti Soda to Derince Port. 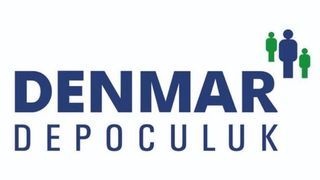