Kazan Soda Elektrik Üretim Inc. was established on February 11, 2011 in order to extract, operate, and extract the trona discovered in 1998 within Ankara's Kazan and Sincan Provinces while contributing to Turkish Economy. Kazan Soda Elektrik Uretim A.S. is a company owned by CINER Group, one of the leading companies in mining, energy and media sectors in Turkey. Kazan Soda Elektrik will become the largest natural heavy trona and sodium bicarbonate producer in Europe.

Kazan Soda will reach 2,200 employments in total with the investment in the trona facility with a 2.7 million tonnes of production capacity. Kazan Soda Elektrik Üretim A.Ş., owning the world’s largest scale solution mining, trona production facility, the biggest cogeneration plants of Turkey with its 380 MWe and 400 tons of steam production will export the entire production. Kazan Soda Production Plan, which will meet 14 percent of the total natural trona needs of the world will make a great contribution to close the current account deficit of Turkey with its domestic and national production.

Heavy Trona (Sodium Carbonate) and Sodium Bicarbonate used in the production of many products from glass to baking powder will be exported to many regions of the world, in particular the member states of the European Union, and substantial export revenues will be provided to the country’s economy. 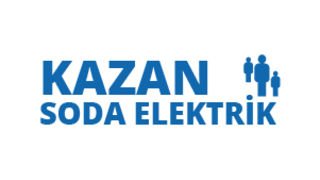