The plants of Koza Soda Elektrik Uretim A.S., raising Turkey to the world leader position in the field with $ 1.5 billion investment of Ciner Group, have been opened.

The opening of the plant Koza Soda Elektrik Uretim A.S., raising Turkey to the world leader position in the field was held today with the participation of President Recep Tayyip Erdogan. Berat Albayrak, the Minister of Energy and Natural Resources, also attended the opening ceremony.

The headlines of Turgay Ciner’s speech are as follows:

“Mr. President, esteemed guests, welcome to the opening ceremony of Kazan Trona plant. I greet you with love and respect. With this plant, Turkey and the Ciner Group has become the world's largest trona producer.

We are proud to produce this raw material which is used in a very wide area, even in nuclear power plants.

When we started this investment in 1996-1997, we had the following data: In the 80’s, the studies on the Beypazarı trona field, the feasibility studies conducted by the leading foreign companies of the world,  reported that it is not possible to extract this mine, and heavy consultancy fees were been paid for these studies. These records are in the archives of various organizations.

We took a risk with the company founded with our esteemed Partner Eti Maden Isletmeleri and decided to invest in solution mining, a method not applied in the trona mines anywhere in the world. We also started this business by taking the patent of this method. The investment of the Beypazarı Trona Mine, which was reported to be impossible to produce, started with the legal arrangements made by the President of the Republic of Turkey in 2004 and again in 2009 during the period of our President, it has produced 100 million dollars in foreign exchange. Today, Eti Soda company is included in the literature as an example partnership in Turkey and in the world as a public-private sector partnership in terms of production and it has won the admiration of everyone.

Again, Kazan Soda Trona Mine Deposits, was owned by the largest and oldest mining company in the world named Rio Tinto for more than 15 years, and the studies conducted showed that Rio Tinto could not operate these mine deposits, and they sold the mine to our company group in 2010.

After 5 years of bureaucratic permission and financing works, we have commissioned this plant in a short period of 2.5 years, after starting its construction at beginning of 2015.

The trona produced in Kazan Soda and Beypazarı Trona plants is exported to the whole world and provide 800 million dollar foreign exchange entry to our country. Important point; while we make this $ 800 million export, we do not make an import even for one dollar.

Mr. President, of course we have not accomplished this by ourselves. Reforms you have implemented and the development vision you have set guided us and made us make these investments. Annual exports of $ 800 million is half a percent of Turkey’s gross exports, that is one in 200. 1 percent of Turkey’snet foreign exchange income is made by our two companies.

I thank you from the heart for your support to make us the largest producer in Turkey and in the world. We are proud of our contribution to our country. In addition, our group, which provides the largest employment in Ankara, employs 5 thousand 500 people today in its Ankara staff. These do not include the services outsourced. If we consider the employees in these services, then we provide for more than 10 thousand people. Years ago, with the restoration of the historical Beypazarı houses, we contributed to the introduction of our Beypazarı district to both our country and abroad.

Today, Beypazarı is the district with the most tourist visits in the region and has developed economically, introducing both historical and artistic art to the world. Kazan Soda and Eti Soda facilities are an environmentally friendly investments. We have invested in Kazan Soda facilities to improve beekeeping in the coming years and have planted around 100,000 saplings around our facility for infrastructure work that will encourage people in the region. In addition, beekeeping activities will be developed in an environment enriched with various plants and 1 million saplings will be planted very soon.

In addition, we have worked with the Mayor of Beypazarı and we have taken on the education of 180 mentally handicapped children in 2017 and transferred them to the National Education.

Additionally, I extend my thanks to all the employees of Denizbank and its General Manager Hakan Ateş who have financed the project when no one believed in this project, when they were told that “you cannot extract trona here” following the studies made in the 1980s.

Mr. President, the financing of Kazan Soda investment was used from Turkey. All financing has been used from abroad. I extend my thanks to the export insurance institution of the Public Republic of China, Sinosure for their trust. They provided loans exceeding 1 billion dollars to only 3 institutions in the world, and one of these is us. I would also like to thank ICBC, China Import Export Bank and Deutsche Bank for their financial support.

I would like to thank Siberbank Chairman Herman Gref and Hakan Ates again for the support in the beginning of this project. As you know, the name of our company is Kazan Soda. Our mining area is located in the province of Kazan, and our production is in Sincan district. The heroism that the residents of Kazan showed during the heinous coup attempt was very effective in preventing the heinous coup attempt. The people of this hero district has given 9 martyrs, and with your appreciation and with the decision of the Grand National Assembly, the name of our district has been changed to Kahramankazan. I wish Allah’s mercy on the martyrs of Kahramankazan. I thank Kahramankazan Mayor Mr. Lokman Ertürk for his support. I salute the people of Kahramankazan with love and respect.

Mr. President, Thank you once again for your support, welcome, you have graced us, thank you.”

The President of the Board of Directors of Kazan Soda, Gürsel Usta evaluated the new plants.

The author of the Newspaper Haberturk, Abdurrahman Yıldırım, talked about the opening of the giant plant

Kazan Soda will provide 2,200 jobs in total with the investment in the trona facility with a 2.7 million tonnes production capacity. Kazan Soda Elektrik Uretim A.S., owning the world’s largest scale solution mining, trona production facility, the biggest cogeneration plants of Turkey with its 380 MWe and 400 tonnes of steam production will export the entire production. Kozan Soda Production Plant, which will meet 14 percent of the total natural trona needs of the world will make a great contribution to close the current account deficit of Turkey with its domestic and national production.

While the trona product is produced from the mineral resources which are completely domestic, all of the production will be exported abroad. The volume of exports, with 100 percent added value, will reach 600 million dollars. With Eti Soda plant, one of the Ciner Group subsidiaries, this export volume will reach 800 million dollars. 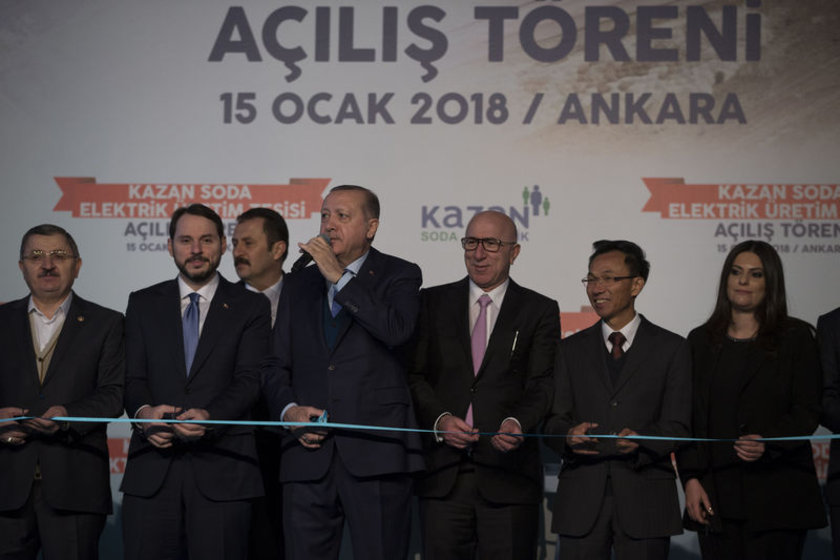 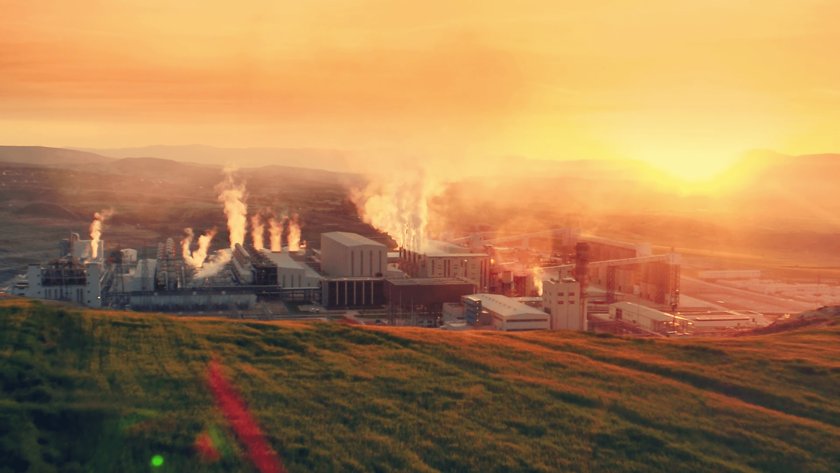 With respect to our fallen soldiers and veterans

We gratefully commemorate national resistance that the Turkish nation made by making a history under the le...

According to research of "500 Largest Industrial Establishments of Turkey" made in 2016, production sales o...

Only Turkey could do it

Joint message from the business world: 'We will gain strength'

Reactions from the business world against the failed coup attempt are continuing.

Strong reaction against the coup attempt from Ciner Group

Emphasis on the Republic, national will and democracy

‘The Bests of Digital World’ awards found their owners.